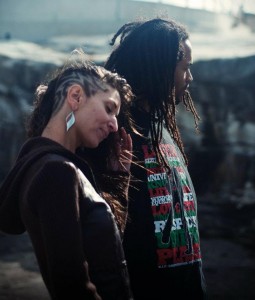 Seed of Aether, the interconnectedness of the spirit and flesh, rhythm and movement, and the undeniable power of the word.

Seed of Aether’s Orb and Yze, joined forces originally as a part of an artist collective called Dirty Scientifix out of Seattle W.A, releasing there debut album, The Anadoap in 2010.

Fusing a perfect blend of Hip Hop, Jazz, Funk and Soul, both artists present as heirloom Seed’s, one’s cultivated during the Golden Age of Hip Hop. Orb, a true scholar of hip hop evolved out of a raw passion and love for Freestyle dance, Bboying, Mcing and beat making. Hailing from the West Coast of the US, namely L.A, Las Vegas and Seattle, Orb rocked the floor and grabbed the mic at every opportunity. Inspired by innovative legends like Organised Konfusion, Freestyle Fellowship, Leaders Of The New School and Tribe Called Quest to name a few, Orb forged a personal vow to master his craft. Founding member of the iconic dance crew Circle of Fire out of Seattle WA, Orb has travelled the world as a professional BBoy, House and Freestyle dancer, his dance unites with his dynamic flow taking live shows to a masterful level.

Morphing harmonies with hard hitting lyricism Yze (pronounced wise) the Yin to the Yang of this eclectic duo radiates a universal feel, spreading poetic words of wisdom upon hypnotic rhythms. Influenced by innovative Hip Hop artists such as Nas, Talib Kweli, Mos Def, Wu Tang Clan, The Fugee’s, and Common, Yze’s raw sound is intrinsic to a high quality of good music. Originating from Australia, and of Arabic decent, Yze found refuge in Seattle W.A. in 2005, spending a total of 15 years throughout the US, namely Honolulu HI, Los Angeles CA and Atlanta GA.

Orb and Yze formed Seed of Aether in 2012 and have since been recording there LP while working and performing simultaneously in remote Communities throughout central Australia. As youth intervention advocates Orb and Yze use there love of Hip Hop culture as a tool to connect with disadvantaged and vulnerable youth. Orb and Yze continue to influence and uplift through their combined art forms. The energy generated within their unique sound makes it apparent to the listener that Seed of Aether has that listening pleasure for your ears in a full flavoured package. Memorable music for the love.